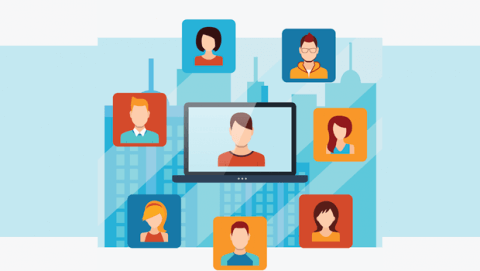 2022 marks the fourth year Red Hat has sponsored its annual The State of Enterprise Open Source report. With almost 1300 worldwide IT leaders surveyed, this annual survey provides a window into trends and selectively explores new topics of interest. Let’s take a look at some stats from each category.

There are many reasons for this shift, including that enterprise open source is where many new innovations are happening. For example, 70 percent of the IT leaders surveyed work for organizations that use Kubernetes. Eighty percent also expect to increase their use of enterprise open source in emerging technology areas such as artificial intelligence/machine learning (AI/ML) and edge computing/Internet of Things (IoT).

A large majority also cite advantages such as the flexibility to customize solutions to meet their company’s needs (79 percent) and ensuring their organization has access to the latest innovations (77 percent), and that it has been instrumental in taking advantage of hybrid cloud architectures (77 percent).

Perhaps the biggest change we see in this survey over time relates to the benefits associated with using enterprise open source. Four years ago, lower total cost of ownership topped the list of benefits. This year it’s down in the ninth spot. In its place are better security, followed by higher-quality software.

It’s not that IT leaders don’t care about software cost – they do, of course – but that enterprise open source is increasingly viewed as better software and not just less expensive software.

Arguably, the change also reflects a shift in IT priorities. Software today is more broadly seen as an investment in customer experience, improved operational efficiencies, and increased productivity rather than a line item to be ruthlessly minimized. It’s a shift from IT Doesn’t Matter (as author Nick Carr provocatively titled a 2003 Harvard Business Review article) to software eating the world.

We’ve seen that Kubernetes is widely used. But companies also see obstacles to adopting containers in a new question that we added this year. The specifics vary somewhat by region. However, the general pattern was clear: It’s mostly people and skills shortages that are getting in the way, either directly or as manifested by simply not having the time relative to other priorities.

This is a common pattern. Red Hat’s 2022 Global Tech Outlook found that skillset or talent gaps were the top barriers to companies being successful with their digital transformation. While it’s tempting to chalk this up to pandemic-fueled hiring challenges, it’s not wholly a new phenomenon. The figure in the Global Tech Outlook was essentially the same as in the prior year’s report based on a survey conducted in mid-2020. And over the years we’ve seen talent, skills, training, and time frequently pop up as obstacles to adopting new technologies.

This year, The State of Enterprise Open Source report also dug more deeply into the question of why IT leaders overwhelmingly (82 percent) are more likely to select a vendor who contributes to the open source community as they first told us last year. The rank order varied by region – although overall, the top four choices were very close in terms of overall popularity.

Some were more about a direct benefit than others. For example, many saw that a contributing vendor can influence the development of needed features. Many also saw the benefit to a vendor developing expertise within open source communities, whether by becoming familiar with open source processes or by being able to help with technical challenges.

However, another common choice (and the top choice in EMEA) related to sustaining healthy open source communities. At first glance, this may look like rewarding altruism. But that’s probably not the whole story. Healthy, sustainable communities are part of a cycle that helps lead to better enterprise open source products. As a result, there’s likely an element of enlightened self-interest at play.

Whether or not companies care whether vendors give their “fair share” back to open source communities, they increasingly recognize that they gain when vendors work in communities and help to sustain them.