The role of multicloud networks in digital transformation 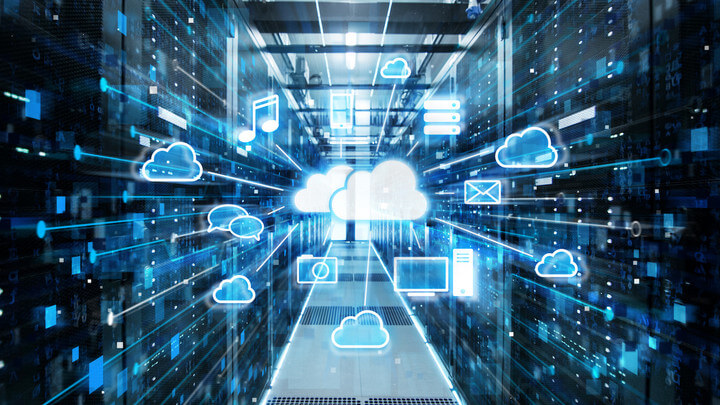 Over the past 15 years, companies have experimented with SaaS applications, taken advantage of the abundance of cheap compute and storage, and migrated desktop workloads to the cloud, but have yet to achieve digital transformation. At an event organized by NetEvents on multicloud, experts agreed that we are on the verge of a generational change in IT driven by business needs.

The revolution will finally see the traditional data center model retire as software is replaced by highly distributed, high-performance, cloud-native applications. But the biggest challenge in the battle for the future remains the complexity of building networks fit for the cloud age. According to the panel of experts, “true digital transformation cannot occur without an infrastructure capable of supporting distributed development and IT operations, and capable of providing companies with full visibility and control of their environments.”

For his part, Brad Casemore, research vice president, data center and multicloud networks, IDC defines multicloud networks as the infrastructure that supports distributed enterprise workloads. “We all know that we have entered, as a result of digital transformation, an era of the cloud where more and more companies are leveraging the cloud for agility, for flexibility, for perceived cost savings. And more and more , as a result of the pandemic, are also leveraging the cloud for resiliency and business continuity,” he explained.

Further, Casemore adds that “it’s about discrete clouds, disparate APIs associated with each cloud, different service delivery models, different network constructions. If we look at some of the infrastructure issues and, in particular, the network issues related to multicloud, enterprises find them daunting, they find them intimidating, and they’ve become kind of an inhibitor to fully leveraging multicloud for business benefits and outcomes.”

With organizations running more and more workloads in the cloud, refactoring existing applications, and building new cloud-native distributed applications, the traditional data center was also becoming distributed, says Casemore, so multicloud is no longer an option. option for many companies, but a necessity.

Vijoy Pandey, Vice President of Engineering and CTO at Cisco noted that software is becoming more and more atomized, with collections of APIs and microservices intertwined to form enterprise applications that span on-prem systems and clouds. “The network is becoming the runtime for all these applications” and is no longer just an underlying transport, but “the connectivity, security, and observability of everything from the application layer to the metal of virtualization.” Pandey said.

On the other hand, Steve Mullaney, President and CEO of Aviatrix, agreed that even the most recent network constructions were threatened by the mass migration of companies to the cloud. “SD-WAN is dead because it’s not about going back to the data center, it’s about going to data centers that are in the cloud. I need a cloud-native solution,” Mullaney said.

It also compared the marketing promises of the big cloud providers with the brochures of the tourist resorts. “They come to the cloud, they’ve been sold an invoice, and they realize there’s a lot of complexity, a lot that’s manual, even within a cloud.”

Companies are rushing into even greater complexity by choosing not just one but many clouds, although, as Mullaney pointed out, the trend towards multicloud is more ad hoc than strategic. Business teams chose different clouds to access a particular application or feature set, creating a multicloud “nightmare” by default that was left to the infrastructure team.

Thus, Verizon’s Oliver Cantor compared cloud networking to a “giant utility company” that the IT industry is jointly building. “We’ve gone from a supply market to a demand market. We’re being pulled forward, and not just by business customers, but by their customers.”

Alkira’s Khan said that as companies grew accustomed to shortening cloud application development and deployment times, they were no longer willing to put up with slow network development. “As one of our customers says, we have to move at the speed of business, not the speed of the network, and that’s what we’re changing. Global networks can now be deployed in a matter of minutes or hours, instead of the months or years that used to take.

Speakers agreed that this means going back to layered design principles with clean APIs across protocols, from the application down to the lowest levels of connectivity. Without this design rigor, programming or operator errors in a complex, highly distributed system can have profound consequences.

VISIBILITY AND MANAGEMENT CONTROL PROBLEMS, THE MOST DIFFICULT TO SOLVE IN MULTICLOUD ENVIRONMENTS

Aviatrix’s Mullaney argued that these requirements may discourage companies from relying on SaaS offerings, which he characterized as “black boxes.” The industry must offer the best of both worlds: maximum agility and total control.

Another important factor is that they need to be able to control the cost. This is a growing problem as the cloud has made it easier for anyone in the company to tap into computing resources.

Finally, Aviatrix’s Mullaney agreed that to reduce complexity and impose control, enterprises need a common set of services across all cloud platforms that provides a “single pane of glass for visibility across all these clouds.” , as well as existing ones”.

Ranking Factors to Rank No. 1 on Google